The bursar of Selwyn, Nick Downer, is to retire at the end of this year.

Mr Downer has held the role since 2002, with responsibility for domestic staff and finances, and during that time the college has significantly expanded its buildings and also strengthened its endowment. The Master of Selwyn, Roger Mosey, said: “Nick has been a conspicuously successful bursar, who has operated with admirable efficiency and he has helped to transform the college in the time that he has been here. He has also managed to be a loyal friend to many of us, and we will greatly miss him when he leaves his post in December.”

The college is launching a recruitment process for a replacement for Mr Downer, and details can be found here 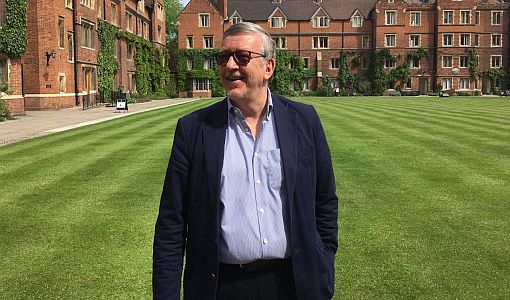