The new edition of ‘Selwyn’ magazine includes a series called ‘Postcards from the Lockdown’, in which college fellows, staff and students write about their experiences during the health emergency. The postcards are appearing now on our Facebook page. One of them is from a Selwyn fellow who was truly on the frontline during the crisis: Dr Charlotte Summers, who is a university lecturer in intensive care medicine. She has written this account of her recent work. 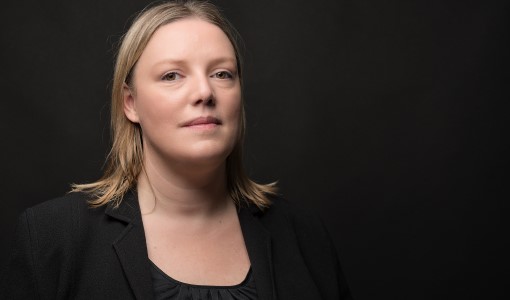 “Intensive care specialists are like the canaries in a coalmine. They’re often the first to spot something that’s new and worrying; and it was around Christmas time last year that I remember first hearing about doctors in Wuhan, China seeing some unusual symptoms that concerned them in their patients who needed mechanical ventilation. By January I was sure that there was something very nasty heading our way.

This is the very challenge I’ve been trained for. My specialism within intensive care is in respiratory illnesses; and I had previously been part of the preparations for one of the previous waves of a coronavirus - MERS. It’s no exaggeration to say that my career has been exactly about preparing for a pandemic. I couldn’t be sure how bad it would be - but I suspected it was likely to be the biggest challenge in our lifetimes so far.

I was chosen to lead the bronze ICU crisis team at Addenbrooke’s Hospital, which meant I was involved in the managerial and organisational challenges alongside the medical ones. We completely reconfigured the entire hospital: our starting position was 32 intensive care beds, and in mid-March there were projections that we would run out of space by the end of the month. In fact, we rapidly increased the number of beds to 84, and thankfully they have never all been full. But at times I was waking up in the night wondering “will it be enough?” It’s not just about equipment; it’s also about the vital human resources, such as having enough suitably trained nurses. We needed to rapidly train nurses about the needs of the Intensive Care Unit.

It is incredibly complex to look after COVID-19 patients in ICU. That’s obviously because of the seriousness of their conditions - but also because we are working in full PPE. It is hot and exhausting, spending hours donned up in full gear; and throughout we have been hearing reports from around the country of medical staff themselves ending up in intensive care. But we have been fortunate in Cambridge that we always had adequate PPE, and that is partly because of wonderful collaboration with the University, which helped source supplies.

There is no avoiding the sad fact that many of our patients die. A typical mortality rate in intensive care is around 20%, but with Covid-19 it has been more than 40% in the UK. We are dealing with something on a massive scale. Several of our patients who recovered from the virus were keen to talk to the television crews who visited the hospital, to praise the care they’d been given and some of the innovative treatments we’d been using.

I have never at any stage regretted the career path that brought me here: not for a single minute. In some of those sleepless nights during the crisis, I have worried about whether the emergency plan would deliver in the way we hoped. But I have never doubted that I’m doing what I always intended to do, and I hope that my teams and I have made a real difference to some very poorly people.

The reaction of the public has been tremendous, too. I’d been so busy that I’d missed the start of the idea of clapping for the NHS on a Thursday night, and it was only the second time it happened that I really noticed it. I’d arrived home about five minutes before eight o’clock, and I went outside with my family. I was completely overwhelmed by the applause and the banging of pots and pans that could be heard throughout my Cambridgeshire village. This is not like me at all, but I ended up in floods of tears. It really did make a difference to know that people were behind us, and that - in these terrible times - the community was coming together.”