Following the death of Her Majesty Queen Elizabeth II on September 8th, the Master Roger Mosey wrote to the Selwyn community:

“The college, the nation and millions of people around the world are grieving for Queen Elizabeth II. In her long life, she provided a model of service and dedication; and, during times of disruption and change, she was a figure of stability as the only monarch most of us had known. The Jubilee earlier this year showed the Queen’s ability to unite the people of these islands as we celebrated a reign whose length alone made it unique in our history – but which will also be distinguished by the monarch’s constitutional wisdom.”

Selwyn held a short service in Chapel on the day after the announcement of the Queen’s death, which was attended by fellows, students and staff. A book of Condolence was opened which will be available to sign during the national mourning. We send our deepest sympathies to the King and the Royal Family. 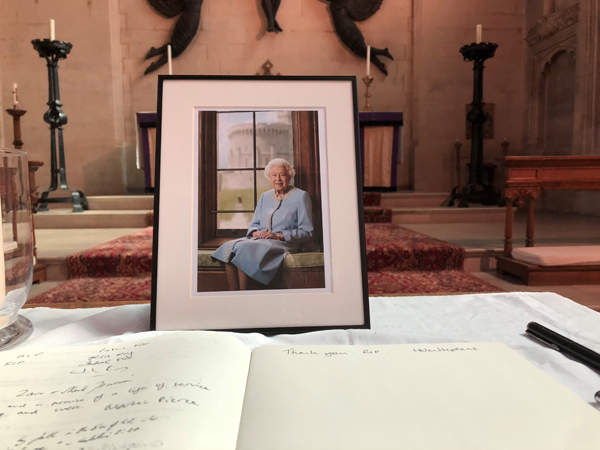